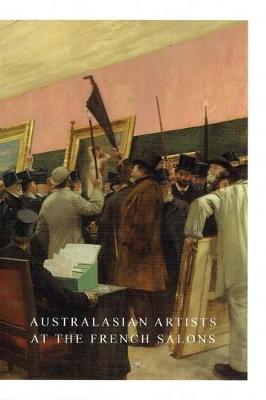 From 1872 to 1939, a significant number of Australian and New Zealand artists were chosen for exhibition at the annual French Salons. The imprimatur of the Salons bestowed prestige, publicity and visibility, and increased an artist's saleability, both at home and abroad. But the character of the Salons fragmented over time and selection became coloured by the nature of the Salon and the values it represented. Tradition, rebellion, innovation and unique interests became arbiters and by the close of these years, France had lost its position as the centre of the art world. With details drawn from the archives of the Louvre, Australasian Artists at the French Salons, is a fascinating and detailed record of the world of these artists ... their allegiance to a studio or master, their subjects, their travels and their locations. We sense their aspirations and their hopes and their excitement at establishing themselves on a world stage. This book includes extensive new information of Rupert Bunny, Bessie Davidson, Iso Rae, Ethel Carrick-Fox and Hilda Rix Nicholas to name but a few.

A Preview for this title is currently not available.
More Books By Tom Thompson
View All