Australian War Dogs introduces you to man's best friend on the battlefield, the fourlegged digger. Canine troops have served alongside Australia's armed forces for decades. Valued for their loyalty, intelligence and devotion in battle, war dogs have helped relay messages through trenches and laid telephone wire; they have searched for the wounded and detected land mines. Nigel Allsopp, author of Cry Havoc: The History of Military Dogs, explores the stories of all Australian military dogs throughout our history and their different roles in the past and what role they could play in the future. 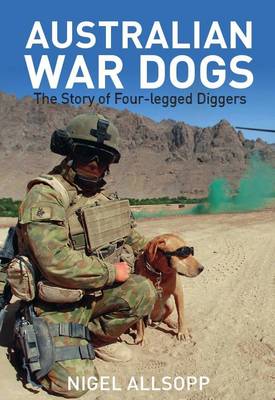 A Preview for this title is currently not available.
More Books By Nigel Allsopp
View All