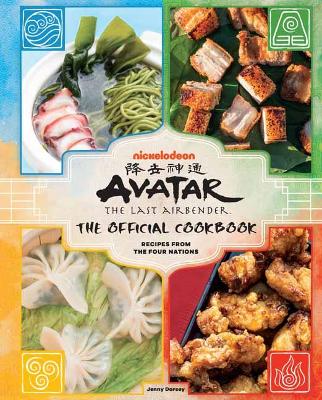 Avatar: The Last Airbender Cookbook: The Official Cookbook : Recipes from the Four Nations

Feast on delicacies unique to the Earth Kingdom, Water Tribe, Air Nomads, and the Fire Nation with the Avatar: The Last Airbender: The Official Cookbook.

From the shores of Kyoshi Island to the crowded streets of Ba Sing Se, this official cookbook collects signature dishes from all four nations, like vegetarian plates of the Air Nomads, fiery entrees from the Fire Nation, seafood from the North and South Poles, and delectable cuisine from the Earth Kingdom.

Featuring enticing color photography, step-by-step instructions, and tips for adapting dishes to specific diets, this book includes sixty authentic food and beverage recipes inspired by the beloved series. Enjoy this diverse compendium of delicacies from the world of Avatar: The Last Airbender.

A Preview for this title is currently not available.
More Books By Jenny Dorsey
View All