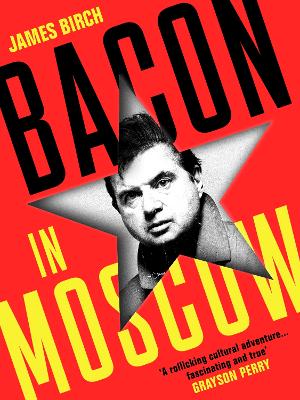 This funny and personal memoir is the account of an audacious attempt by James Birch, a young British curator, to mount the ground-breaking retrospective of Francis Bacon's work at the newly refurbished Central House of Artists, Moscow in 1988.

Side-lined by the British establishment, Birch found himself at the heart of a honey-trap and the focus for a picaresque cast of Soviet officials, attaches and politicians under the forbidding eye of the KGB as he attempted to bring an unseen western cultural icon to Russia during the time of 'Glasnost', just before the fall of the Berlin Wall.

Bacon in Moscow is the story of the evolution of an exhibition that was at the artistic and political heart of a sea of change that culminated with the fall of the USSR.

A Preview for this title is currently not available.
More Books By James Birch
View All

A Practical Treatise on the Law of Life Annuities with the Statutes and Precedents: To Which Are Added Observations on the Present System of Life Assurance and a Scheme for a New Company, with Various Tables.
James Birch Kelly
Paperback , Dec '10
RRP: $68.90 $62.01

A Summary of the History and Law of Usury: With an Examination of the Policy of the Existing System, and Suggestions for Its Amendment, Together with a Collection of Statutes.
James Birch Kelly
Paperback , Dec '10
RRP: $42.86 $38.57