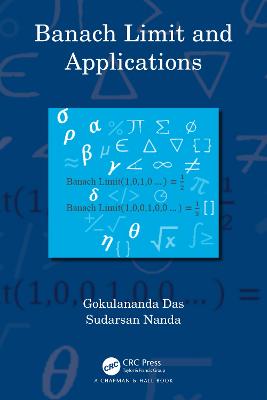 Sublinear functionals generating and dominating Banach Limit, unique Banach Limit (almost convergence), invariant means and invariant limits, absolute and strong almost convergence, applications to ergodicity, law of large numbers, Fourier series, uniform distribution of sequences, uniform density, core theorems, and functional Banach limits are discussed in this book. The discovery of functional analysis, such as the Hahn-Banach Theorem and the Banach-Steinhaus Theorem, helped the researchers to develop a modern, rich, and unified theory of sequence spaces by encompassing classical summability theory via matrix transformations and the topics related to sequence spaces, which arose from the concept of Banach limits, all of which are presented in this book.

The unique features of this book are as follows: