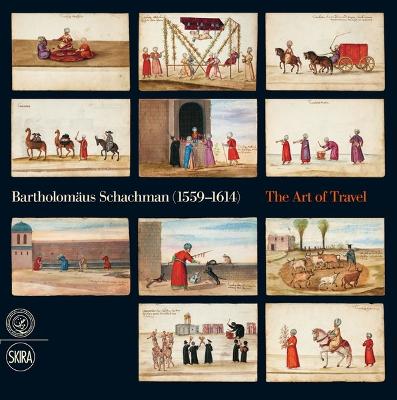 A detailed account of a fascinating journey through the Ottoman Empire from 1588 to 1589 Traveller and explorer, art patron and collector, benefactor and connoisseur, politician and Danzig mayor, Bartholomaus Schachman lived in a time of major political and religious changes in Europe, a time of grand geographical discoveries, a time when both religious and secular arts flourished, a time of great expansion of the Ottoman Empire. He was born on 11th September 1559 in Danzig (nowadays called Gdansk), then the autonomy's trade city and member of The Hanseatic League, within the Kingdom of Poland. Danzig was one of the largest Hansa's cities and one of the most important sea port and shipbuilding markets. Bartholomaus Schachman's journey through the Ottoman Empire lasted two years from 1588 to 1589, and his album, conveying the tale of his adventures, became one of the greatest travelogues of the sixteenth century.

A Preview for this title is currently not available.
More Books By Olga Nefedova
View All