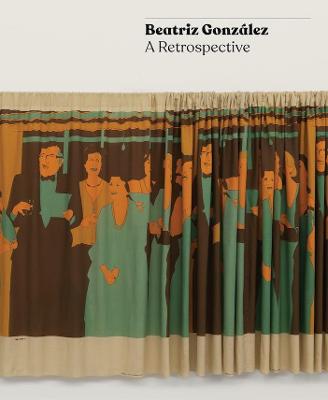 Explore the full range of the pioneering work of Colombian artist Beatriz Gonzalez. At 80, Beatriz Gonzalez is not only an internationally celebrated Colombian artist, but also a representative of the "radical women" generation from Latin America. Her work spans over six decades and her groundbreaking art has distinct figuration, involving the flattening of forms and use of strong and eccentric colour palettes evocative of commercial advertising. Her work often has imagery associated with Western art history as well as mass media common to Colombia in order to shed light on the middleclass notions of taste, class, gender, and ethnicity. This book includes essays that explore Gonzalez's early work, her late and current work, and her use of photography and archival images. It contextualises her practice within Colombian history and major events that influenced her work. Filled with illustrations, this book shows the breadth of Beatriz Gonzalez's oeuvre, which comments on domestic environments and vernacular traditions of her country with self-conscious irony. AUTHOR: Tobias Ostrander is Chief Curator and Deputy Director for Curatorial Affairs at Perez Art Museum Miami. SELLING POINTS: Beatriz Gonzalez is a painter, sculptor, critic, curator, art historian, and is often associated with the Pop Art movement. She is considered one of the founders of what is known today as Modern Colombian Art. She uses bold colours and flat figures to represent images taken from magazines and newspapers as a means of documenting the political and social climate of her homeland. This book looks at Gonzalez's art throughout her career and features historical texts that have never been published in English before. 200 colour and 50 b/w illustrations

A Preview for this title is currently not available.
More Books By Tobias Ostrander
View All