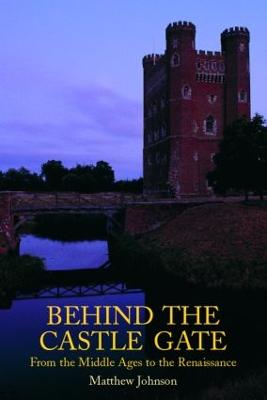 Behind the Castle Gate

From the Middle Ages to the Renaissance

Description - Behind the Castle Gate by Matthew Johnson

In this engaging book Matthew Johnson takes a look Behind the Castle Gate to discover the truth about castles in England at the end of the Middle Ages. How were they used? What influenced the way they were built? Why were they modified and who did it? In answering these questions a new and exciting way of thinking about castles emerges. Traditional studies of castles have seen them as compromises between the needs of comfort and of defence. They were either statements of wealth or power or both. Johnson rejects familiar narratives of 'military decline' on the one hand or 'social display' on the other. Rather he encourages the reader to dig deeper into the history, architecture and physical setting of castles. By so doing we discover that when a castle is viewed in relation to the identities of the people who used them and lived in them a whole new vantage point is uncovered. Castles acted in part as stage-settings - as backdrops against which people played out roles of lord and servant, husband and wife, father and son, soldier and gardener, in both everyday and ceremonial contexts.
The daily raising and lowering of the gate, the passage from one courtyard to another, the views of the surrounding landscape - all this was manipulated by the architecture of the castle and the choice and modification of its landscape setting. We see how the changing identities of the occupants was reflected in radical change in the physical attributes of these castles with the transition from the medieval to the renaissance eras. Building, rebuilding and living in a castle was every bit as complex a set of experiences as a piece of medieval art or a Renaissance play. Behind the Castle Gate brings castles alive as well as the people who lived in, worked on and modified them. Combining ground-breaking scholarship with fascinating narratives this book will be read avidly by all with an interest in castles.

Other Editions - Behind the Castle Gate by Matthew Johnson 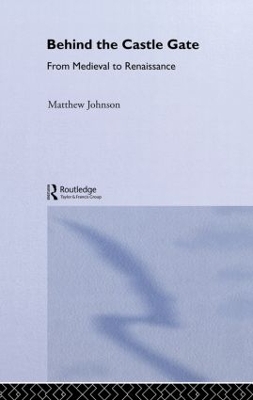 A Preview for this title is currently not available.
More Books By Matthew Johnson
View All