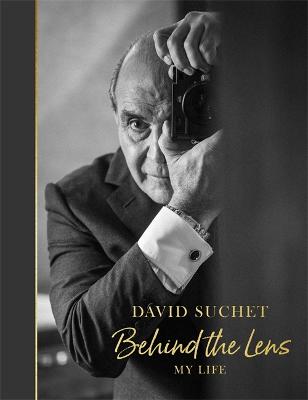 Behind the Lens: My Life

Description - Behind the Lens: My Life by David Suchet

In the early days of my career, I didn't think I stood a hope in hell. Look at me: I'm short, stocky, slightly overweight, deep of voice, passionate, dark haired, olive skinned, hardly your typical Englishman. What chance did I have, going into the world of British theatre?David Suchet has been a stalwart of British stage and screen for fifty years. From Shakespeare to Oscar Wilde, Freud to Poirot, Edward Teller to DOCTOR WHO, Harold Pinter to Terence Rattigan, QUESTIONS OF FAITH to DECLINE AND FALL, right up to 2019's THE PRICE, David has done it all. Throughout this spectacular career, David has never been without a camera, enabling him to vividly document his life in photographs. Seamlessly combining photo and memoir, BEHIND THE LENS is the story of David's remarkable life, showcasing his wonderfully evocative photographs and accompanied by his insightful and engaging commentary.In BEHIND THE LENS, David discusses his London upbringing and love of the city, his Jewish roots and how they have influenced his career, the importance of his faith, how he really feels about fame, his love of photography and music, and his processes as an actor. He looks back on his fifty-year career, including reflections on how the industry has changed, his personal highs and lows, and how he wants to be remembered. And, of course, life after Poirot and why he's still grieving for the eccentric Belgian detective. An autobiography with a difference, this is David Suchet as you've never seen him before - from behind the lens.

Buy Behind the Lens: My Life by David Suchet from Australia's Online Independent Bookstore, BooksDirect.

A Preview for this title is currently not available.
More Books By David Suchet
View All