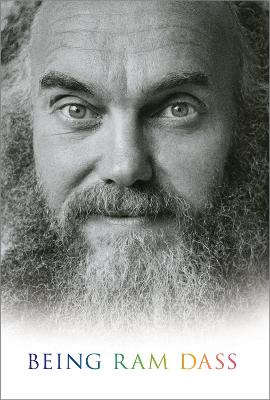 Perhaps no other teacher has sparked the fires of as many spiritual seekers in the West as Ram Dass. While many know of his transformation from Harvard psychology professor Richard Alpert to psychedelic and spiritual icon, Ram Dass tells here for the first time the full arc of his remarkable life.

Being Ram Dass begins at the moment he was fired from Harvard for giving drugs to an undergraduate. We then circle back to his privileged youth, education, and the path that led him inexorably away from conventional life and ultimately to his guru, Neem Karoli Baba. Populated by a cast of luminaries ranging from Timothy Leary to Elisabeth Kubler-Ross, Allen Ginsberg to Jack Kornfield, Aldous Huxley to Charles Mingus-this intimate memoir chronicles Ram Dass's experience of the cultural and spiritual transformations that resonate with us to this day.

Ram Dass's life and work prefigured many current trends: the conscious aging and death movement, the healing potential of psychedelics, the use of meditation and yoga in prisons, the ubiquity of those same practices in the wider culture, and more. Here, with his characteristic mix of earthiness and transcendence, Ram Dass finally tells all.