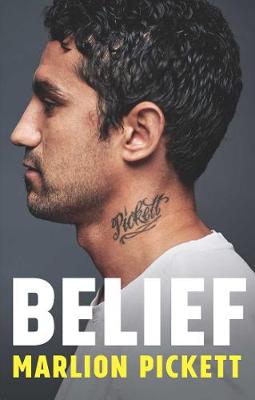 From prison to premiership glory; this is Marlion Pickett's extraordinary story.

It's the third quarter in the biggest game of the season. A young man lines up for goal. The 100,000 strong crowd leaps to its feet and roars as Marlion Pickett sends the ball soaring through the goalposts for his first ever major, celebrated by every teammate, a tradition upheld even on Grand Final day.

It was the 2019 AFL Grand Final, and Richmond's Marlion Pickett was making history as the first player in over 50 years to debut on that 'one day in September'.

Marlion helped the Tigers thrash the Greater Western Sydney Giants in their debut grand final appearance and was judged third best on ground, only six days after steering Richmond's VFL team with his best on ground performance to their nail biting Grand Final victory.

Marlion Pickett's extraordinary story of redemption is a true fairy tale. The tale of a man who came back from the brink to triumph on Australian sport's biggest stage, a long-held dream come true.

What's even more remarkable about Marlion's journey is how this young, troubled Aboriginal kid from Western Australia ever got his chance in the first place. A story all too sadly familiar - about drugs, crime, violence and time spent in jail - but also about a life picked up piece by piece through his own belief in himself and those around him who believed in him too.

Belief also takes us inside the South Fremantle and Richmond Football clubs - clubs that have made stars and cult heroes out of other Indigenous players; clubs willing to overlook a talented kid's troubled past to give him a chance. We meet the fellow players and support network who stood by Marlion's side as he fought back against injury and the doubters and proudly ran onto the field at the MCG.

Marlion's resilience and strength is inspirational. His is an unforgettable Australian story of triumph over adversity.

'The story of Marlion Pickett is one of tumult and pain and uplift - yet also endurance, and stoicism. And that makes Belief not merely inspiring but instructive, too. With colour and heart, Dave Warner expertly sketches his softly spoken subject, and tells one of those rare athletic tales from which we can all learn, and through which footy - sport in general, for that matter - can transcend itself.' Konrad Marshall

''Inspirational' is an over-used word, but it should be kept in reserve for a story like Marlion Pickett's. Here is someone who didn't rise above disadvantage so much as discover his true self and remain true to it through trials and obstacles that are foreign to most Australians. Reading Marlion's story, it is comforting to know that there is a happy football ending - the 2019 grand final which concludes the book, then more premiership glory and an authentic career as an AFL star. But even without that knowledge, Marlion has set an example for anyone who loses hope in a better future. Yes - inspirational.' Malcolm Knox

Other Editions - Belief by Marlion Pickett 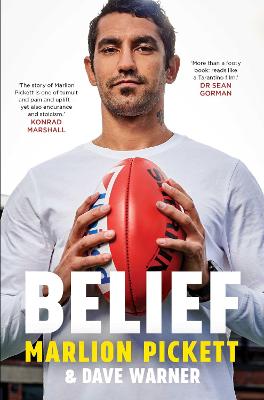 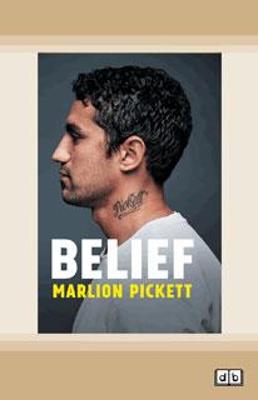 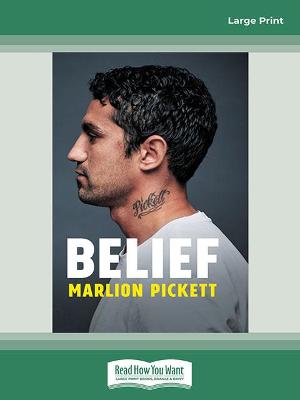 If It Bleeds: a stand-alone sequel to the No. 1 bestseller The Outsider, plus three irresistible novellas
Stephen King
Hardback , Apr '20
RRP: $53.46 $48.11
More Books By Marlion Pickett
View All