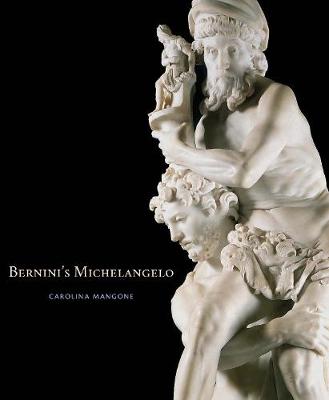 A novel exploration of the threads of continuity, rivalry, and self-conscious borrowing that connect the Baroque innovator with his Renaissance paragon

Gianlorenzo Bernini (1598-1680), like all ambitious artists, imitated eminent predecessors. What set him apart was his lifelong and multifaceted focus on Michelangelo Buonarroti-the master of the previous age. Bernini's Michelangelo is the first comprehensive examination of Bernini's persistent and wide-ranging imitation of Michelangelo's canon (his art and its rules). Prevailing accounts submit that Michelangelo's pervasive, yet controversial, example was overcome during Bernini's time, when it was rejected as an advantageous model for enterprising artists. Carolina Mangone reconsiders this view, demonstrating how the Baroque innovator formulated his work by emulating his divisive Renaissance forebear's oeuvre. Such imitation earned him the moniker "Michelangelo of his age."

Investigating Bernini's "imitatio Buonarroti" in its extraordinary scope and variety, this book identifies principles that pervade his production over seven decades in papal Rome. Close analysis of religious sculptures, tomb monuments, architectural ornament, and the design of New Saint Peter's reveals how Bernini approached Michelangelo's art as a surprisingly flexible repertory of precepts and forms that he reconciled-here with daring license, there with creative restraint-to the aesthetic, sacred, and theoretical imperatives of his own era. Situating Bernini's imitation in dialogue with that by other artists as well as with contemporaneous writings on Michelangelo's art, Mangone repositions the Renaissance master in the artistic concerns of the Baroque from peripheral to pivotal. Without Michelangelo, there was no Bernini.

A Preview for this title is currently not available.
More Books By Carolina Mangone
View All