Between Discipline and a Hard Place: The Value of Contemporary Art

Description - Between Discipline and a Hard Place: The Value of Contemporary Art by Alana Jelinek

Written from the perspective of a practising artist, this book proposes that, against a groundswell of historians, museums and commentators claiming to speak on behalf of art, it is artists alone who may define what art really is.

Jelinek contends that while there are objects called 'art' in museums from deep into human history and from around the globe - from Hans Sloane's collection, which became the foundation of the British Museum, to Alfred Barr's inclusion of 'primitive art' within the walls of MoMA, the Museum of Modern Art - only those that have been made with the knowledge and discipline of art should rightly be termed as such. Policing the definition of art in this way is not to entrench it as an elitist occupation, but in order to focus on its liberal democratic potential.

Between Discipline and a Hard Place describes the value of art outside the current preoccupation with economic considerations yet without resorting to a range of stereotypical and ultimately instrumentalist political or social goods, such as social inclusion or education. A wider argument is also made for disciplinarity, as Jelinek discusses the great potential as well as the pitfalls of interdisciplinary and multidisciplinary working, particularly with the so-called 'creative' arts.

A passionate treatise arguing for a new way of understanding art that forefronts the role of the artist and the importance of inclusion within both the concept of art and the art world.

Buy Between Discipline and a Hard Place: The Value of Contemporary Art by Alana Jelinek from Australia's Online Independent Bookstore, BooksDirect.

Other Editions - Between Discipline and a Hard Place: The Value of Contemporary Art by Alana Jelinek 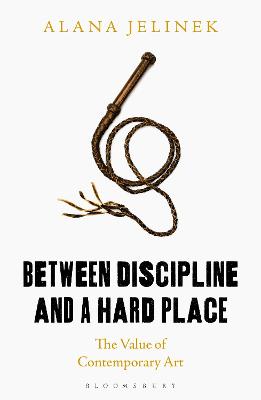 A Preview for this title is currently not available.
More Books By Alana Jelinek
View All