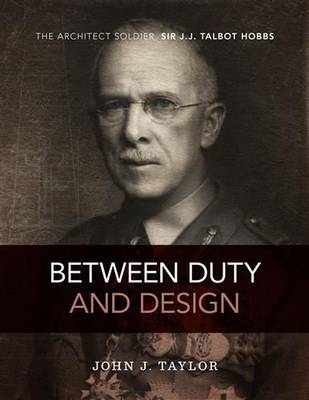 Between Duty and Design

Description - Between Duty and Design by John J. Taylor

The architectural work of Joseph John Talbot Hobbs is impossible to overlook in Perth and Western Australia. It dominates public spaces as well as domestic and business landscapes. A strong sense of duty determined that the diminutive fifty year old architect solder, J.J. Talbot Hobbs would in 1914 voyage to the First World War, where he survived the horrors of Gallipoli and the Western Front. Hobbs' powerful organisational skills positioned him as Australia's highest ranking soldier in Europe after the Great War. Organiser of Australian war memorials in France and Belgium, his stellar designs both there and throughout Western Australia are now largely forgotten. Who was J.J. Talbot Hobbs that he was considered to be of such importance at the time of his death that a memorial was built in one of the most prominent places in Perth?

A Preview for this title is currently not available.
More Books By John J. Taylor
View All