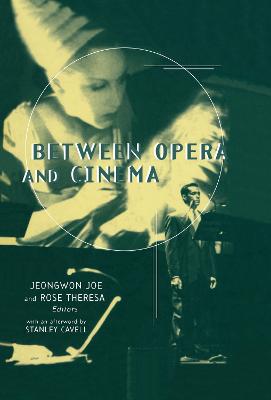 Between Opera and Cinema

Description - Between Opera and Cinema by Jeongwon Joe

Discussing diverse works from the Marx Brothers' irreverent A Night at the Opera to the moving Chinese-language film Farewell My Concubine , leading scholars of opera and film explore the many ways these two seemingly unrelated genres have come together from the silent-film era to today. The volume opens an entirely new area of study, one that is of growing interest to both students of opera and film history. Since the earliest days of silent film, filmmakers have been fascinated with opera, and the many adaptations of opera for the screen underscore both the affinities and differences between these two media. This book will make for fascinating reading for fans of both genres.

Other Editions - Between Opera and Cinema by Jeongwon Joe A Preview for this title is currently not available.
More Books By Jeongwon Joe
View All