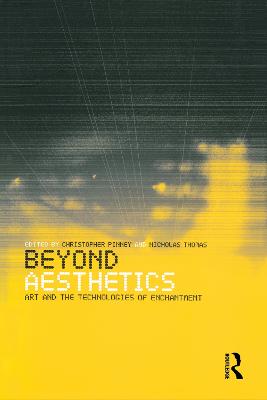 Art and the Technologies of Enchantment

Description - Beyond Aesthetics by Christopher Pinney

The anthropology of art is currently at a crossroads. Although well versed in the meaning of art in small-scale tribal societies, anthropologists are still wrestling with the question of how to interpret art in a complex, post-colonial environment. Alfred Gell recently confronted this problem in his posthumous book Art and Agency. The central thesis of his study was that art objects could be seen, not as bearers of meaning or aesthetic value, but as forms mediating social action. At a stroke, Gell provocatively dismissed many longstanding but tired questions of definition and issues of aesthetic value. His book proposed a novel perspective on the roles of art in political practice and made fresh links between analyses of style, tradition and society. Offering a new overview of the anthropology of art, this book begins where Gell left off. Presenting wide-ranging critiques of the limits of aesthetic interpretation, the workings of objects in practice, the relations between meaning and efficacy and the politics of postcolonial art, its distinguished contributors both elaborate on and dissent from the controversies of Gell's important text.
Subjects covered include music and the internet as well as ethnographic traditions and contemporary indigenous art. Geographically its case studies range from India to Oceania to North America and Europe.

Other Editions - Beyond Aesthetics by Christopher Pinney 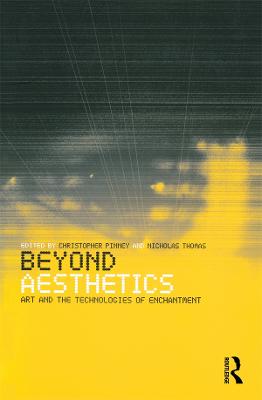 A Preview for this title is currently not available.
More Books By Christopher Pinney
View All