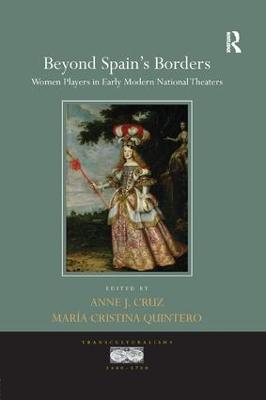 The prolific theatrical activity that abounded on the stages of early modern Europe demonstrates that drama was a genre that transcended national borders. The transnational character of early modern theater reflects the rich admixture of various dramatic traditions, such as Spain's comedia and Italy's commedia dell'arte, but also the transformations across cultures of Spanish novellas to French plays and English interludes. Of particular import to this study is the role that women and gender played in this cross-pollination of theatrical sources and practices. Contributors to the volume not only investigate the gendered effect of Spanish texts and literary types on English and French drama, they address the actual journeys of Spanish actresses to French theaters and of Italian actresses to the Spanish stage, while several emphasize the movement of royal women to various courts and their impact on theatrical activity in Spain and abroad. In their innovative focus on women's participation and influence, the chapters in this volume illustrate the frequent yet little studied transnational and transcultural points of contact between Spanish theater and the national theaters of England, France, Austria, and Italy.

A Preview for this title is currently not available.
More Books By Anne J. Cruz
View All