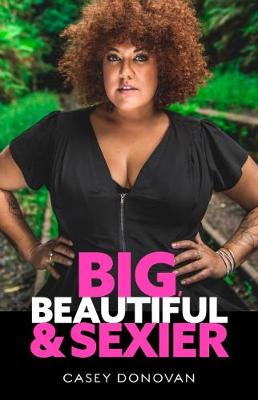 Casey Donovan is an Australian singer, songwriter, theatre actress and author, best known for winning the second season of the singing competition show Australian Idol in 2004. She won the competition at age 16, becoming the series youngest winner. In 2017, Casey won the third series of I m a Celebrity...Get Me Out of Here./p>p> Casey s successful biography became an instant bestseller with her fans for her honest, raw and humble story of being thrust into the limelight winning Australian idol to the launch of her debut album with the highs and lows of being in the public eye. She discusses her family struggles and her personal demons and how she fought back to become an acclaimed performer in stage shows like The Sapphires and The Mamas and Papas Story and her career going from strength to strength./p>p> She is now regarded as one of Australia s most acclaimed Indigenous entertainers with a career spanning music, stage and screen./p.p> An intensely personal account of her life with her book completely updated to include the 36 kilos she has just lost in the past 12 months and her road to success like no other./p>p> Casey continues to lend her name and support to a number of charitable and non-profit organisations in her roles as Ambassador for APRA/AMCOS, Advocate for the National Centre of Indigenous Excellence, advocate for National Indigenous Ear Health Campaign and as one of the founding members of the New South Wales Indigenous Chamber of Commerce.

A Preview for this title is currently not available.
More Books By Casey Donovan
View All