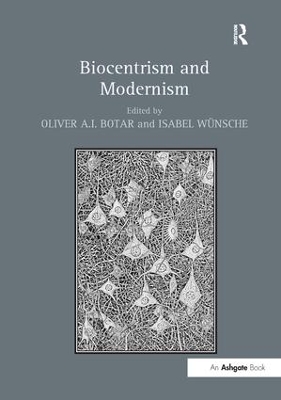 Examining the complex intersections between art and scientific approaches to the natural world, Biocentrism and Modernism reveals another side to the development of Modernism. While many historians have framed this movement as being mechanistic and "against" nature, the essays in this collection illuminate the role that nature-centric ideologies played in late-nineteenth to mid-twentieth-century Modernism. The essays in Biocentrism and Modernism contend that it is no accident that Modernism arose at the same time as the field of modern biology. From nineteenth-century discoveries, to the emergence of the current environmentalist movement during the 1960s, artists, architects, and urban planners have responded to currents in the scientific world. Sections of the volume treat both philosophic worldviews and their applications in theory, historiography, and urban design. This collection also features specific case studies of individual artists, including Raymond Duchamp-Villon, Paul Klee, Wassily Kandinsky, and Jackson Pollock.

Other Editions - Biocentrism and Modernism by Oliver A.I. Botar 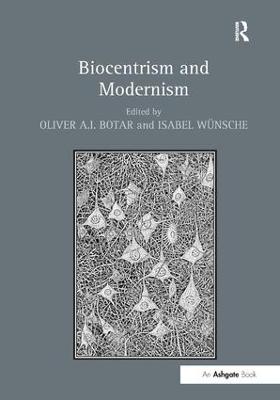 A Preview for this title is currently not available.
More Books By Oliver A.I. Botar
View All