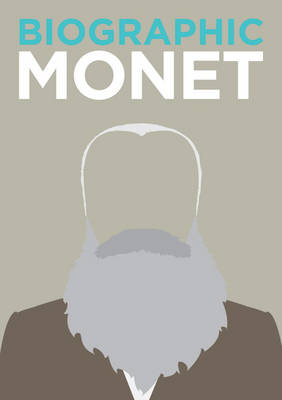 The Biographics series presents an entirely new way of looking at the lives of the world's greatest thinkers and creatives. It takes the 50 defining facts, dates, thoughts, habits, and achievements of each subject, and uses infographics to convey each of them in vivid snapshots. The result is a quickfire journey through truths and trivia that is the most entertaining way to follow in the footsteps of the men and women whose lives have most influenced our own. Each Biographic title is designed to be as entertaining as it is informative. Timelines not only pinpoint significant dates, but set them in the context and culture of their times. Dynamic maps locate biographical waymarks alongside other points of interest. Flow-charts and bubble-diagrams depict working processes and styles, and character traits are illuminated by visual comparisons. Biographics blend the essential with the trivial. They paint portraits by numbers, which you seem to learn with your eyes and not your brain. Packed with facts, they are the essential guides to the paths that led to greatness. Many people know that Claude Monet (1840-1926) was a founder of French Impressionism, a master of landscape painting whose works include 'Impression, Sunrise' and 'Water Lilies'. What, perhaps, they don't know is that he created the ponds featuring those water lilies and spent 30 years painting 250 oils of them; that his water-lily work 'Le Bassin aux Nymphease' sold in 2008 for GBP40 million; that his painting 'Cliffs Near Dieppe' was stolen not once but twice; and that he was almost blind when he painted some of his most famous works. Biographic: Monet presents an instant impression of his life, work and fame, with an array of irresistible facts and figures converted into infographics to reveal the artist behind the pictures. AUTHOR: Richard Wiles studied the works of Monet at Northwich College of Art and Design in the late 1960s. After becoming a guinea pig in a fledgling course that attempted to marry fine art with commercial art, he dropped out of art school and studied periodical journalism, photography and printing processes at the London College of Printing. As a writer, editor and illustrator, he has successfully blended graphic design and editorial skills in the creation of magazines and books on topics ranging from interior design to popular culture. Consultant Editor Dr Diana Newall, studied at the Courtauld Institute of Art and University College, University of London. She has lectured for 12 years on a range of subjects in Art History.

A Preview for this title is currently not available.
More Books By Richard Wiles
View All