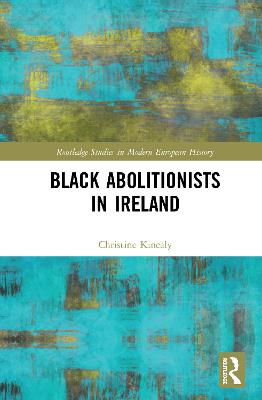 The story of the anti-slavery movement in Ireland is little known, yet when Frederick Douglass visited the country in 1845, he described Irish abolitionists as the most 'ardent' that he had ever encountered. Moreover, their involvement proved to be an important factor in ending the slave trade, and later slavery, in both the British Empire and in America.

While Frederick Douglass remains the most renowned black abolitionist to visit Ireland, he was not the only one. This publication traces the stories of ten black abolitionists, including Douglass, who travelled to Ireland in the decades before the American Civil War, to win support for their cause. It opens with former slave, Olaudah Equiano, kidnapped as a boy from his home in Africa, and who was hosted by the United Irishmen in the 1790s; it closes with the redoubtable Sarah Parker Remond, who visited Ireland in 1859 and chose never to return to America. The stories of these ten men and women, and their interactions with Ireland, are diverse and remarkable.

A Preview for this title is currently not available.
More Books By Christine Kinealy
View All

The History of the Irish Famine: Fallen Leaves of Humanity: Famines in Ireland Before and After the Great Famine
Christine Kinealy
Hardback , Oct '18
RRP: $231.00 $228.69