Blacks and Blackness in European Art of the Long Nineteenth Century

Description - Blacks and Blackness in European Art of the Long Nineteenth Century by Adrienne L. Childs

Compelling and troubling, colorful and dark, black figures served as the quintessential image of difference in nineteenth-century European art; the essays in this volume further the investigation of constructions of blackness during this period. This collection marks a phase in the scholarship on images of blacks that moves beyond undifferentiated binaries like 'negative' and 'positive' that fail to reveal complexities, contradictions, and ambiguities. Essays that cover the late eighteenth through the early twentieth century explore the visuality of blackness in anti-slavery imagery, black women in Orientalist art, race and beauty in fin-de-siecle photography, the French brand of blackface minstrelsy, and a set of little-known images of an African model by Edvard Munch. In spite of the difficulty of resurrecting black lives in nineteenth-century Europe, one essay chronicles the rare instance of an American artist of color in mid-nineteenth-century Europe. With analyses of works ranging from Gericault's Raft of the Medusa, to portraits of the American actor Ira Aldridge, this volume provides new interpretations of nineteenth-century representations of blacks.

Other Editions - Blacks and Blackness in European Art of the Long Nineteenth Century by Adrienne L. Childs 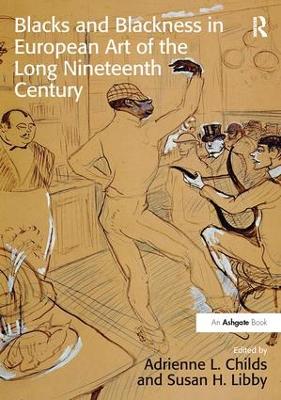 A Preview for this title is currently not available.
More Books By Adrienne L. Childs
View All