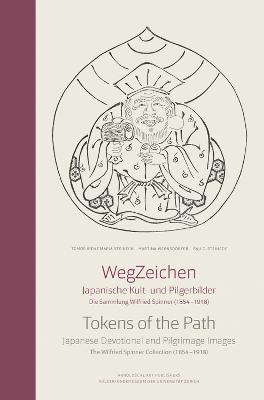 Japanese Idol and Pilgrim Images: The Collection of Wilfried Spinner (1854-1918)

Between 1885 and 1891 the Swiss pastor Wilfried Spinner sojourned in Japan on behalf of the East Asian mission. He founded the first Christian parishes in Tokyo and Yokohama and began to intensively teach there. However, his interest was also directed at local beliefs, which informed the everyday lives of the population. He brought back to Europe around eighty religious scrolls, comprising some painted hanging scrolls and numerous black-and-white prints (ofuda). Ofuda are paper amulets featuring representations of important deities, Buddhas and bodhisattvas, which were printed in and distributed from temples. Some of them additionally feature calligraphy, which was written by the monks in the presence of the pilgrims. They are evidence to their pilgrimage and accompany them onwards as protection and good luck charms. The recently discovered collection of Wilfried Spinner in the Ethnographic Museum at the University of Zurich covers a broad spectrum both figuratively and in content.

A Preview for this title is currently not available.
More Books By Martina Wernsdorfer
View All