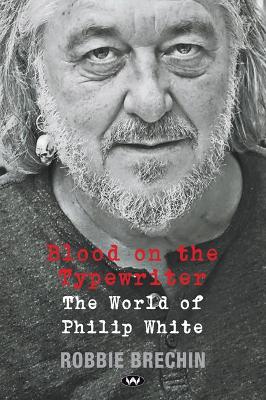 Blood on the Typewriter: The World of Philip White

Description - Blood on the Typewriter: The World of Philip White by Robbie Brechin

This gonzo biography of iconic wine writer, arts lover and eccentric Philip White - or, 'Whitey' - tells the story of an unconventional life, lived large. Son of an Old Testament manic street preacher, he filled the family pot with rabbits when money was scarce, left home and dove headlong into bohemia when he was 17, and was in Paul Kelly's first band, The Debutantes, among other adventures.

Those who were sucked into his orbit include Kelly, Leonard Cohen, Don Dunstan, David Gulpilil, Max Schubert and Peter Lehmann. But while he flirted with poetry, music and painting, earning varying degrees of success and acclaim, it was writing where he truly excelled. One of his peers, the Australian's Nick Ryan, told Brechin that all Australian wine scribes agree on one thing: 'Whitey is better than any of us.'

In this spiky, gossipy, loving and richly insightful book, crackling with wit and bravado, Robbie Brechin chronicles an extraordinary Australian life - and a singular talent.

Buy Blood on the Typewriter: The World of Philip White by Robbie Brechin from Australia's Online Independent Bookstore, BooksDirect.