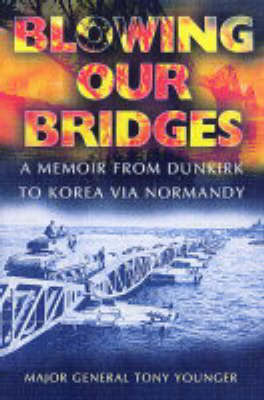 A Memoir from Dunkirk to Korea Via Normandy

This action packed military memoir tells of the exploits of a young Sapper officer during both the Second World War and in Korea. Tony Younger was in the thick of the action during the German Blitzkrieg of 1940 seeing desperate fighting as the beleaguered British Expeditionary Force struggled to escape at Dunkirk. He then became closely involved in anthrax experiments, before playing a full role in the Normandy Campaign and the conquest of Germany. After a period in Burma, he was sent to Korea, where in bitter fighting against hordes of Chinese and North Korean troops he was extremely lucky to escape with his life.