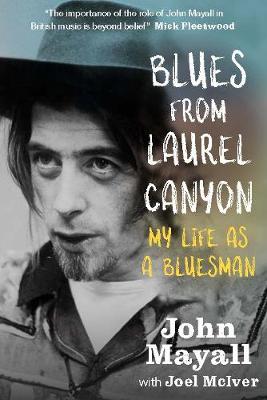 Blues From Laurel Canyon: My Life as a Bluesman

Description - Blues From Laurel Canyon: My Life as a Bluesman by John Mayall

John Mayall's story is like no other in the annals of rock and blues. Born in the UK in 1933, he laid the foundations of British blues, nurtured a generation of future superstars and then took the music back to the land of its birth.
This extraordinary autobiography offers a vivid glimpse of Britain well before the rock revolution of the sixties, at a time when young men like John found themselves conscripted for national service that, in his case, included eighteen months in Korea. What followed when he returned was an odyssey of musical trail-blazing.
From Manchester to Laurel Canyon and many points in between, John's account of his long life is both affectionate and compelling - a guided tour through more than sixty years of the music business and its stars, brought to vivid life by one of its undisputed pioneers.

Buy Blues From Laurel Canyon: My Life as a Bluesman by John Mayall from Australia's Online Independent Bookstore, BooksDirect.