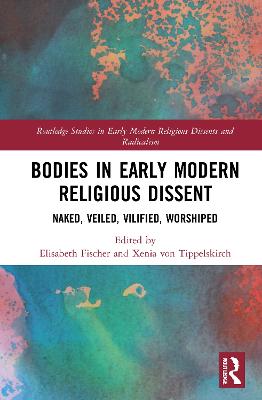 In early modern times, religious affiliation was often communicated through bodily practices. Despite various attempts at definition, these practices remained extremely fluid and lent themselves to individual appropriation and to evasion of church and state control. Because bodily practices prompted much debate, they serve as a useful starting point for examining denominational divisions, allowing scholars to explore the actions of smaller and more radical divergent groups. The focus on bodies and conflicts over bodily practices are the starting point for the contributors to this volume who depart from established national and denominational historiographies to probe the often-ambiguous phenomena occurring at the interstices of confessional boundaries. In this way, the authors examine a variety of religious living conditions, socio-cultural groups, and spiritual networks of early modern Europe and the Americas. The cases gathered here skillfully demonstrate the diverse ways in which regional and local differences affected the interpretation of bodily signs.

This book will appeal to scholars and students of early modern Europe and the Americas, as well as those interested in religious and gender history, and the history of dissent.

A Preview for this title is currently not available.
More Books By Elisabeth Fischer
View All