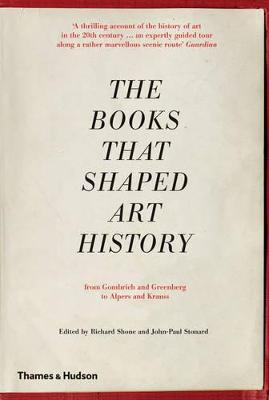 The Books that Shaped Art History

From Gombrich and Greenberg to Alpers and Krauss

Description - The Books that Shaped Art History by Richard Shone

Which were the books that shaped art history as it developed in the twentieth century? This pioneering book provides an invaluable roadmap of the field by reassessing the impact of several of the most important works of art history. Each of its sixteen incisive chapters, focusing on a single title, is written by a leading art historian, curator or one of the promising scholars of today. In bringing these cross-generational contributions together, the book presents a varied and invaluable overview of the history of art, told through its seminal texts.

The sixteen books include Nikolaus Pevsner's gospel of Modernism, Pioneers of the Modern Movement, Alfred Barr's now legendary monograph on Matisse, E.H. Gombrich's Art and Illusion, Clement Greenberg's Art and Culture, which had a seismic impact when it was published in 1961, and Rosalind Krauss's The Originality of the Avant-Garde and Other Modernist Myths, which introduced structuralist and poststructuralist thinking into art historical study.

Initiated by and prepared under the auspices of The Burlington Magazine, each chapter - with writers including John Elderfield, Boris Groys, Susie Nash and Richard Verdi - analyses a single major book, setting out its premises and argument and mapping the intellectual development of its author, discussing its position within the field of art history, and looking at its significance in the context both of its initial reception and its legacy.

An introduction by John-Paul Stonard explores how art history has been forged by these outstanding contributions, as well as by the dialogues and ruptures between them. Supplementary documentation summarises the achievements of each art historian and provides a detailed publication history of their texts, with suggestions for further reading. Plus over 50 illustrations include rarely seen portraits of the writers and show covers and interior spreads from the original editions of each publication.

Enlivening debates and questioning the very status of art history itself, The Books that Shaped Art History is a concise and brilliant study of the discipline and an invaluable resource for students, teachers, bibliophiles and all those interested in visual culture and its histories.

Other Editions - The Books that Shaped Art History by Richard Shone 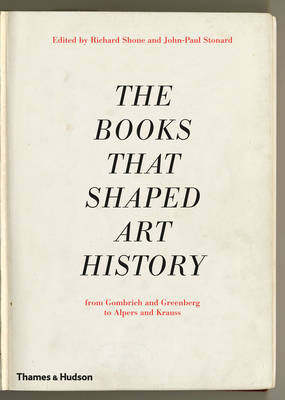 A Preview for this title is currently not available.
More Books By Richard Shone
View All