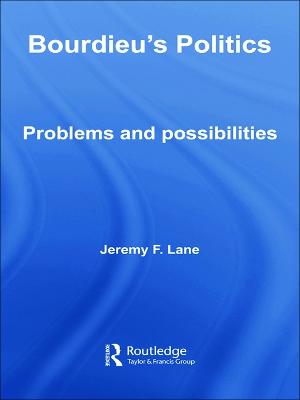 In the last decade of his career, the French sociologist Pierre Bourdieu became involved in a series of high-profile political interventions, defending the cause of striking students and workers, speaking out in the name of illegal immigrants, the homeless and the unemployed, challenging the incursion of the market into the field of artistic and intellectual production.

The first sustained analysis of Bourdieu's politics, this study seeks to assess the validity of his claims as to the distinctiveness and superiority of his own field theory as a tool of political analysis. 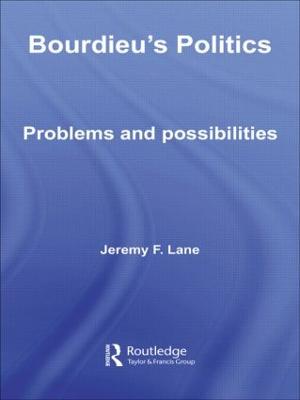 A Preview for this title is currently not available.
More Books By Jeremy F. Lane
View All