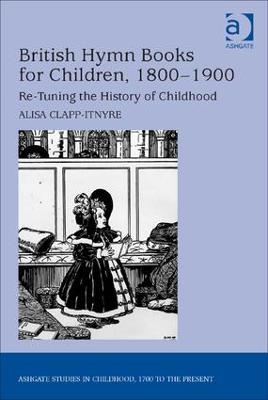 Re-Tuning the History of Childhood

Examining nineteenth-century British hymns for children, Alisa Clapp-Itnyre argues that the unique qualities of children's hymnody created a space for children's empowerment. Unlike other literature of the era, hymn books were often compilations of many writers' hymns, presenting the discerning child with a multitude of perspectives on religion and childhood. In addition, the agency afforded children as singers meant that they were actively engaged with the text, music, and pictures of their hymnals. Clapp-Itnyre charts the history of children's hymn-book publications from early to late nineteenth century, considering major denominational movements, the importance of musical tonality as it affected the popularity of hymns to both adults and children, and children's reformation of adult society provided by such genres as missionary and temperance hymns. While hymn books appear to distinguish 'the child' from 'the adult', intricate issues of theology and poetry - typically kept within the domain of adulthood - were purposely conveyed to those of younger years and comprehension. Ultimately, Clapp-Itnyre shows how children's hymns complicate our understanding of the child-adult binary traditionally seen to be a hallmark of Victorian society. Intersecting with major aesthetic movements of the period, from the peaking of Victorian hymnody to the Golden Age of Illustration, children's hymn books require scholarly attention to deepen our understanding of the complex aesthetic network for children and adults. Informed by extensive archival research, British Hymn Books for Children, 1800-1900 brings this understudied genre of Victorian culture to critical light.

Other Editions - British Hymn Books for Children, 1800-1900 by Alisa Clapp-Itnyre 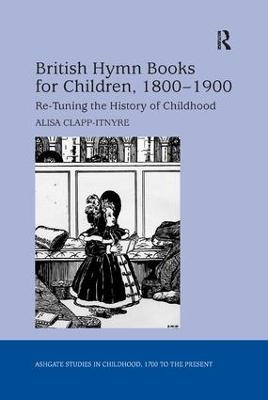