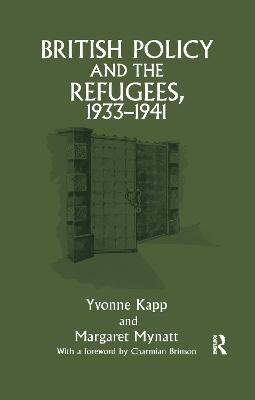 Description - British Policy and the Refugees, 1933-1941 by Yvonne Kapp

In the summer of 1940, when much of Europe had fallen under German domination, the British authorities instigated a harsh programme of internment or deportation of large numbers of people who had fled from Nazi oppression. This volume, written the same year - at a time when the role and the fate of the refugees was a burning issue - is a devastating critique of government policies of the day. As committed Communists the two women authors, like the refugees they were championing, had been badly affected by the hardening in British official policy; they were dismissed from the leading positions they held in the government-sponsored Czech Refugee Trust Fund in an 'apparently isolated instance of victimisation' which 'was subsequently seen to be merely a prelude to the wholesale arrest of the refugees themselves'. This work contrasts the official attitudes to foreigners and Jews with the generosity of the general public, and makes a distinct contribution, firstly, to the literature of internment and deportation and, secondly to the study of German-speaking refugees in Britain in the years leading up to mass alien internment.

Other Editions - British Policy and the Refugees, 1933-1941 by Yvonne Kapp 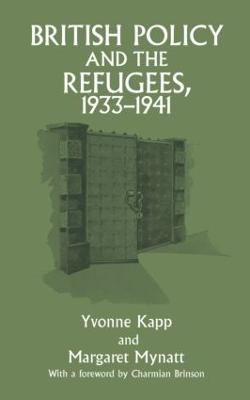 A Preview for this title is currently not available.
More Books By Yvonne Kapp
View All