The Broadcaster's Guide to RBDS

Description - The Broadcaster's Guide to RBDS by Scott Wright

This handbook is intended to give the broadcast industry an authoritative guide to the Radio Data System (RDS), also called Radio Broadcast Data System (RBDS). Since the standard's adoption, about 700 stations have begun broadcasting RDS in the United States. There is a wide variety of encoding equipment with prices starting as low as USD400, and over 30 models of RDS receivers have been introduced for cars, home receivers, portable and even PC receivers. Automobile manufacturer's such as General Motors, Ford, Audi, and Porsch now offer RDS on new vehicles. Yet despite all the support equipment in place, the FM broadcaster has been reluctant to implement and utilize this service, mainly because of a lack of understanding of what RDS can do for the station. This book finally provides the information required to understand RDS and its possibilities on a variety of levels, so that everyone involved in radio can make the most of it. Station owner, program director, salesperson, and talent alike will find the information he or she requires to maximize the possibilities of this new technology.
Each feature of the system is explained in terms of its practical implementation at the station, and interviews with broadcasters currently using the system add a hands-on perspective. Scott Wright is a recognized pioneer in RDS development. As the designer of Delco Electronics' first RDS receiver, he has been extremely active in the development of the RDS standard in the US and in efforts to educate the broadcast community about its potential. He has represented Delco at the European Broadcasting Union's (EBU) RDS Forum and is currently the Chairman of the National Radio Systems Committee RBDS Subcommittee, the US standard-setting body. He is also a member of the Electronics Industries Association's (EIA) RDS Forum.

Other Editions - The Broadcaster's Guide to RBDS by Scott Wright 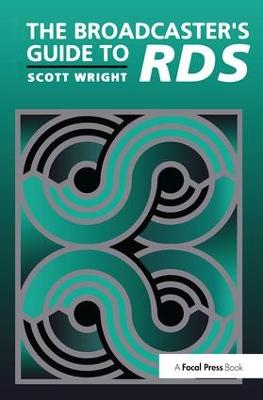 A Preview for this title is currently not available.
More Books By Scott Wright
View All

Money Management: An Essential Guide on How to Get out of Debt and Start Building Financial Wealth, Including Budgeting and Investing Tips, Ways to Save and Frugal Living Ideas
Scott Wright
Hardback , Nov '19
RRP: $65.08 $58.57

Money Management: The Ultimate Guide to Budgeting, Frugal Living, Getting out of Debt, Credit Repair, and Managing Your Personal Finances in a Stress-Free Way
Scott Wright
Hardback , Nov '19
RRP: $65.08 $58.57