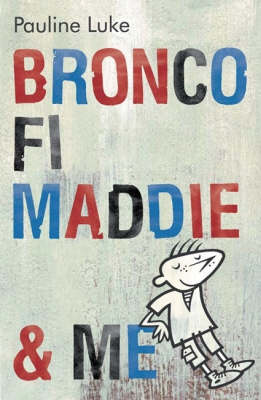 Bronco is on one hundred blinks a minute he's all action man, when he's gazing into space and hardly blinking at all you can bet he is dreaming about becoming a famous film director. Fi, who comes from a family of eight is smart, even smarter than Briony-totally up herself-Edwards, who likes to believe she is the IQ queen of the Middle School. Baddie, whose single Mum is a chef, has the personality to match her fiery red hair; while Luke wishes he was just a little more like Jason Payne, the Middle School heart throb.When historical Hannah House, which forms part of Turra Bend secondary College, is threatened with demolition the four friends are inspired by the school's newly appointed Writer-in-Residence, the colourful Ms Capeddes, to launch a campaign to save the building.Set against the background of a small coastal town with a cast of quirky characters, Bronco, Fi, Maddie & Me is a story of friendship, loyalty and teenage romance.

A Preview for this title is currently not available.
More Books By Pauline Luke
View All