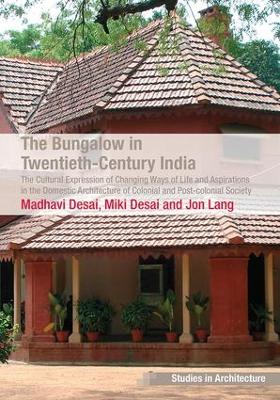 The Bungalow in Twentieth-Century India

Description - The Bungalow in Twentieth-Century India by Madhavi Desai

The primary era of this study - the twentieth century - symbolizes the peak of the colonial rule and its total decline, as well as the rise of the new nation state of India. The processes that have been labeled 'westernization' and 'modernization' radically changed middle-class Indian life during the century. This book describes and explains the various technological, political and social developments that shaped one building type - the bungalow - contemporaneous to the development of modern Indian history during the period of British rule and its subsequent aftermath. Drawing on their own physical and photographic documentation, and building on previous work by Anthony King and the Desais, the authors show the evolution of the bungalow's architecture from a one storey building with a verandah to the assortment of house-forms and their regional variants that are derived from the bungalow. Moreover, the study correlates changes in society with architectural consequences in the plans and aesthetics of the bungalow. It also examines more generally what it meant to be modern in Indian society as the twentieth century evolved.

Other Editions - The Bungalow in Twentieth-Century India by Madhavi Desai 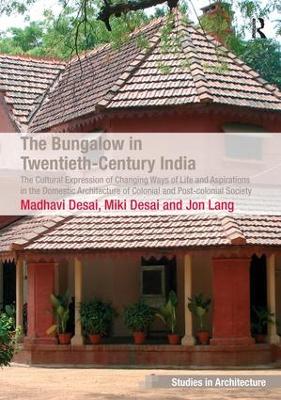 A Preview for this title is currently not available.
More Books By Madhavi Desai
View All