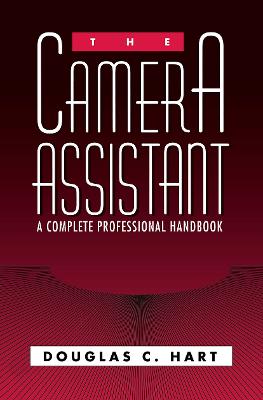 Veteran camera assistant Doug Hart describes in this comprehensive technical guide all of the important facets and duties of the first and second camera assistants' jobs. Whether it is feature films, episodic television, documentaries, commercials, or music videos, The Camera Assistant: A Complete Professional Handbook explains both the practice and theory behind it with a concentration on technique rather than equipment. In addition, personal anecdotes from the author's years behind and beside the camera provide insight into this demanding field.

Key topics include film formats and aspect ratios, testing lenses and camera equipment, focus theory, film loading and labeling, scene blocking, marking actors, shooting tips, slating, paperwork, equipment maintenance, set etiquette, and finding work. This is not a camera equipment handbook; it is a comprehensive procedures manual which describes and explains the most important responsibilities of the camera assistant on the set, the theory behind the practice, and the methods that get the job done properly and keep the assistant frequently employed.

Douglas C. Hart has been a freelance first-camera assistant on feature films, documentaries, television shows, and commercials for more than 20 years, including 10 years (and 10 films) as first-camera assistant to Gordon Willis, ASC, as well as work in 42 states and 26 foreign countries. His work includes Presumed Innocent, Hannah and Her Sisters, The Cosby Mysteries, and CBS's Central Park West. He is a member and former president of the International Photographers Local 644, IATSE, and teaches the Camera Assistant Workshops at the International Film and Television Workshops in Rockport, Maine.

Other Editions - The Camera Assistant by Douglas Hart 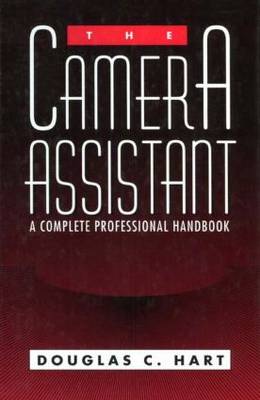 A Preview for this title is currently not available.
More Books By Douglas Hart
View All