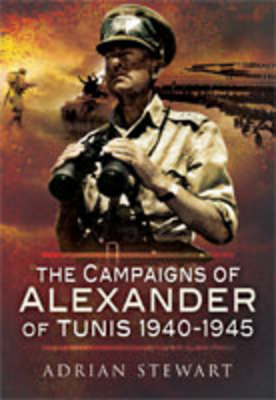 Alex, as he was known whether by Prime Ministers or the rank-and-file was a legendary figure. A hero from the Great War he saw active service in Russia in 1919-20 and against the Pathans on the North West Frontier in 1935. By 1940 he was a divisional commander with the BEF in France. In the dark days of 1942 he was sent to Burma with orders to hold the Japanese at Rangoon. Just in time he realised this was impossible and his decision to withdraw prevented a total disaster. Despite this defeat he retained Churchill's confidence and he was appointed C in C Middle East. While eclipsed in PR terms by his subordinate Montgomery, many felt that Monty owed his success to Alex who protected him from an increasingly impatient Churchill. SELLING POINTS: The first in-depth literary study of this major military figure for over 30 years covering Alex's campaigns in France 1940, Burma, North Africa and Italy. Despite his record and popularity he has his detractors among historians. He is a controversial figure. 16 pages b/w plates

Buy The Campaigns of Alexander of Tunis 1940-1945 by Adrian Stewart from Australia's Online Independent Bookstore, BooksDirect.

A Preview for this title is currently not available.
More Books By Adrian Stewart
View All