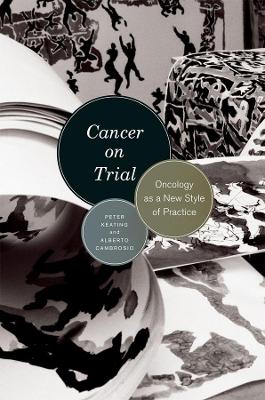 Oncology as a New Style of Practice

Until the early 1960s, cancer treatment consisted primarily of surgery and radiation therapy. Most practitioners then viewed the treatment of terminally ill cancer patients with heroic courses of chemotherapy as highly questionable. The randomized clinical trials that today sustain modern oncology were relatively rare and prompted stiff opposition from physicians, who were loath to assign patients randomly to competing treatments. Yet today these trials form the basis of medical oncology. How did such a spectacular change occur? How did medical oncology pivot from a nonentity and, in some regards, a reviled practice to the central position it now occupies in modern medicine?

In Cancer on Trial Peter Keating and Alberto Cambrosio explore how practitioners established a new style of practice, at the center of which lies the cancer clinical trial. Far from mere testing devices, these trials have become full-fledged experiments that have redefined the practices of clinicians, statisticians, and biologists. Keating and Cambrosio investigate these trials and how they have changed since the 1960s, all the while demonstrating their significant impact on the progression of oncology. A novel look at the institution of clinical cancer research and therapy, this book will be warmly welcomed by historians, sociologists, and anthropologists of science and medicine, as well as clinicians and researchers in the cancer field.

Other Editions - Cancer on Trial by Peter Keating A Preview for this title is currently not available.
More Books By Peter Keating
View All