Representing an innovative approach to the analysis of the economic geography of capitalism, this stimulating book develops an analytical political economic framework. Part 1 provides an introductory overvi9ew fo some of the fundamental debates about price, profits and value in economics which underlie the analytical political economy approach. Part 2 analyzes the special role of space and transportation in commodity production and the spatial organization of the economy that this implies. Parts 3 and 4 examine the conflicting goals and actions of different social clases and individuals and how these are complicated by space, concluding with a detailed analysis of capitalists' strategiesas they cope with uncertainty and disequilibrium.

Other Editions - The Capitalist Space Economy by Eric Sheppard 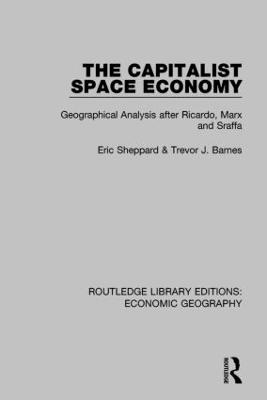 A Preview for this title is currently not available.
More Books By Eric Sheppard
View All