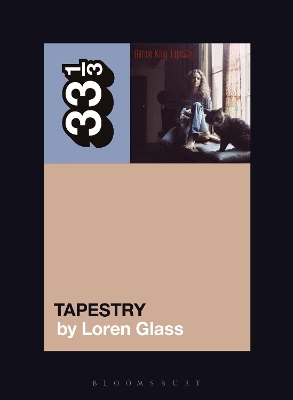 Carole King's Tapestry is both an anthemic embodiment of second-wave feminism and an apotheosis of the Laurel Canyon singer-songwriter sound and scene. And these two elements of the album's historic significance are closely related insofar as the professional autonomy of the singer-songwriter is an expression of the freedom and independence women of King's generation sought as the turbulent sixties came to a close.

Aligning King's own development from girl to woman with the larger shift in the music industry from teen-oriented singles by girl groups to albums by adult-oriented singer-songwriters, this volume situates Tapestry both within King's original vision as the third in a trilogy (preceded by Now That Everything's Been Said and Writer) and as a watershed in musical and cultural history, challenging the male dominance of the music and entertainment industries and laying the groundwork for female dominated genres such as women's music and Riot Grrrl punk.

A Preview for this title is currently not available.
More Books By Loren Glass
View All