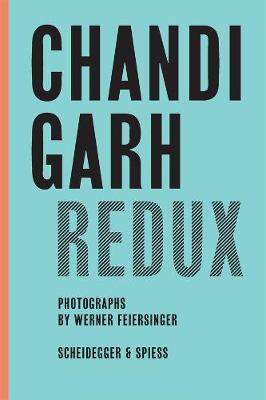 Chandigarh, India, is a unique achievement of architecture and design. Created in the 1950s according to a plan produced by Le Corbusier and Pierre Jeanneret and a team of international and Indian architects, it instantly became an icon of modernist urban design. This book brings the city home through more than three hundred stunning photographs by artists Werner Feiersinger. Inspired by Ernst Scheidegger's book of photographs recording the city's construction, Chandigarh 1956, Feiersinger assembled a vast pictorial record of the city's famous architecture today. Far more than mere documentary photographs, Feiersinger's images are works of art in themselves, capturing the vivid atmosphere of the city, the expressive sculptural qualities of the buildings, and the continuity of design and planning that makes the city such a striking whole. An essay by Austrian architect Andreas Vass puts the photos in context with Chandigarh's history, its architectural qualities, and its possible future development. The resulting book is a stunning depiction of an unforgettable city. AUTHOR: Werner Feiersinger, born 1966, is an Austrian sculptor and photographer living and working in Vienna. He did his artisticeducation at University of Applied Arts in Vienna. He has lectured at Ecole nationale superieure des beaux-arts de Lyon in 1999 and taught as a visiting professor at University of Applied Arts in Vienna 2006-08. Andreas Vass, born 1961, graduated in architecture from the Academy of Fine Arts Vienna in 1988. He is a founding partner of Hubmann Vass Architects in Vienna and has been teaching as a visiting professor at various universities in Austria, Chile, Italy, and Switzerland. SELLING POINTS: . Chandigarh is an icon of modernist urban planning; this is a rich portrait of Chandigarh today, featuring many architectural details . Shows an artistic point of view distinguishing the book from the wealth of Chandigarh-publications . Features floor plans of selected buildings to show their characteristics 303 colour, 4 b/w illustrations

A Preview for this title is currently not available.
More Books By Martin Feiersinger
View All