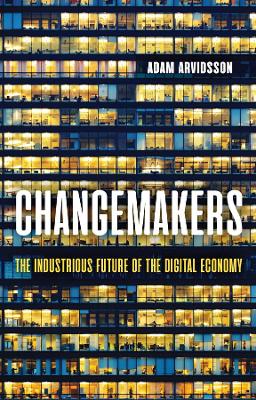 Changemakers: The Industrious Future of the Digital Economy

Description - Changemakers: The Industrious Future of the Digital Economy by Adam Arvidsson

This book argues that, as industrial capitalism enters a period of prolonged crisis, a new paradigm of 'industrious modernity' is emerging. Based on small-scale, commons-based and market-oriented entrepreneurship, this industrious modernity is being pioneered by the many outcasts that no longer find a place within a crumbling industrial modernity.

This new industriousness draws on the new planetary commons that have been generated by the globalization of industrial capitalism itself. The outsourcing of material production to global supply chains has made the skills necessary to engage in commodity production generic and common, and the globalization of media culture and the internet have generated new knowledge commons. Together these new commons have radically reduced the capital requirements to engage in economic activity, and are providing new, highly efficient tools of productive organization at little cost.

This timely analysis of the new forces of change in our societies today will be of great interest to anyone concerned with the impact of digital technologies and the future of capitalism.

Other Editions - Changemakers: The Industrious Future of the Digital Economy by Adam Arvidsson A Preview for this title is currently not available.
More Books By Adam Arvidsson
View All