Want to play chess like a champ? Dummies can help.
From Netflix's "The Queen's Gambit" to podcasts, virtual and mobile gaming, and beyond, chess is back in a big way. But, with all those kings, queens, and knights, chess can be a royal pain to grasp. Chess For Dummies is here to help beginners wrap their minds around the rules of the game, make sense of those puzzling pieces, and sharpen their chess strategy such that even Paul Morphy would be impressed. You'll learn the laws of chess, its lingo, and engage in the art of the attack with the easy-to-follow, step-by-step explanations found in the latest edition of Chess For Dummies.
Whether you're playing chess online, in a tournament, or across the dining room table with a family member or friend, this hands-on guide is sure to capture your interest (and your opponent's queen), getting you up to speed on the game and its components and giving you the know-how you need to put the principles of play into action from the opening to the endgame.

Familiarize yourself with the pieces and the board

Pick the perfect chess set and chessboard for you

Get to know each of the pieces and their powers

If you feel like you're in a stalemate before you even begin a game, Chess For Dummies is your guide to forcing moves, raking bishops, and skewering your opponents like a true champion.

Other Editions - Chess For Dummies by James Eade 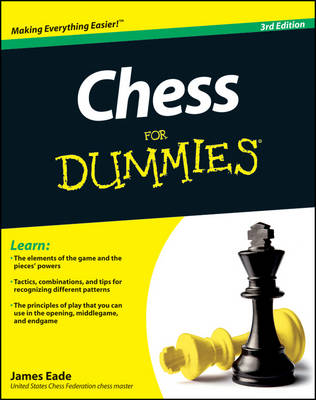 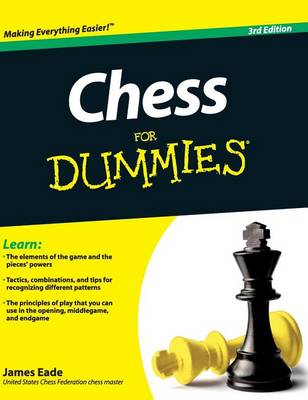 A Preview for this title is currently not available.
More Books By James Eade
View All