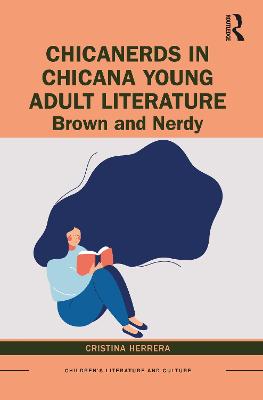 ChicaNerds in Chicana Young Adult Literature analyzes novels by the acclaimed Chicana YA writers Jo Ann Yolanda Hernandez, Isabel Quintero, Ashley Hope Perez, Erika Sanchez, Guadalupe Garcia McCall, and Patricia Santana. Combining the term "Chicana" with "nerd," Dr. Herrera coins the term "ChicaNerd" to argue how the young women protagonists in these novels voice astute observations of their identities as nonwhite teenagers, specifically through a lens of nerdiness-a reclamation of brown girl self-love for being a nerd. In analyzing these ChicaNerds, the volume examines the reclamation and powerful acceptance of one's nerdy Chicana self. While popular culture and mainstream media have shaped the well-known figure of the nerd as synonymous with white maleness, Chicana YA literature subverts the nerd stereotype through its negation of this identity as always white and male. These ChicaNerds unite their burgeoning sociopolitical consciousness as young nonwhite girls with their "nerdy" traits of bookishness, math and literary intelligence, poetic talents, and love of learning. Combining the sociopolitical consciousness of Chicanisma with one aligned to the well-known image of the "nerd," ChicaNerds learn to navigate the many complicated layers of coming to an empowered declaration of themselves as smart Chicanas.

A Preview for this title is currently not available.
More Books By Cristina Herrera
View All