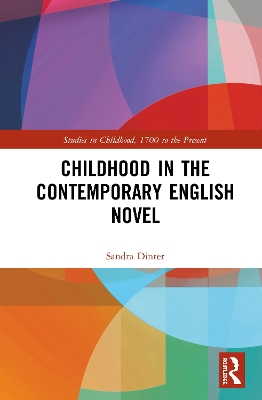 Childhood in the Contemporary English Novel

Description - Childhood in the Contemporary English Novel by Sandra Dinter

Since the 1980s novels about childhood for adults have been a booming genre within the contemporary British literary market. Childhood in the Contemporary English Novel offers the first comprehensive study of this literary trend. Assembling analyses of key works by Ian McEwan, Doris Lessing, P. D. James, Nick Hornby, Sarah Moss and Stephen Kelman and situating them in their cultural and political contexts, Sandra Dinter uncovers both the reasons for the current popularity of such fiction and the theoretical shift that distinguishes it from earlier literary epochs. The book's central argument is that the contemporary English novel draws on the constructivist paradigm shift that revolutionised the academic study of childhood several decades ago. Contemporary works of fiction, Dinter argues, depart from the notion of childhood as a naturally given phase of life and examine the agents, interests and conflicts involved in its cultural production. Dinter also considers the limits of this new theoretical impetus, observing that authors and scholars alike, even when they claim to conceive of childhood as a construct, do not always give up on the idea of its 'natural' core. Accordingly, this book reconstructs how the English novel between the 1980s and the 2010s oscillates between an acknowledgment of constructivism and an endorsement of childhood as the last irrevocable quintessence of humanity. In doing so, it successfully extends the literary and cultural history of childhood to the immediate present.

A Preview for this title is currently not available.
More Books By Sandra Dinter
View All