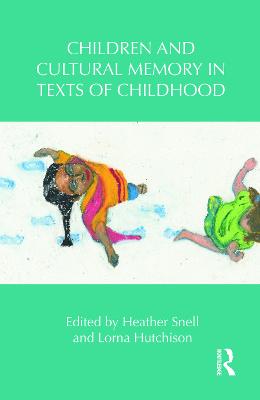 Children and Cultural Memory in Texts of Childhood

The essays in this collection address the relationship between children and cultural memory in texts both for and about young people. The collection overall is concerned with how cultural memory is shaped, contested, forgotten, recovered, and (re)circulated, sometimes in opposition to dominant national narratives, and often for the benefit of young readers who are assumed not to possess any prior cultural memory. From the innovative development of school libraries in the 1920s to the role of utopianism in fixing cultural memory for teen readers, it provides a critical look into children and ideologies of childhood as they are represented in a broad spectrum of texts, including film, poetry, literature, and architecture from Canada, the United States, Japan, Germany, Britain, India, and Spain. These cultural forms collaborate to shape ideas and values, in turn contributing to dominant discourses about national and global citizenship. The essays included in the collection imply that childhood is an oft-imagined idealist construction based in large part on participation, identity, and perception; childhood is invisible and tangible, exciting and intriguing, and at times elusive even as cultural and literary artifacts recreate it. Children and Cultural Memory in Texts of Childhood is a valuable resource for scholars of children's literature and culture, readers interested in childhood and ideology, and those working in the fields of diaspora and postcolonial studies.