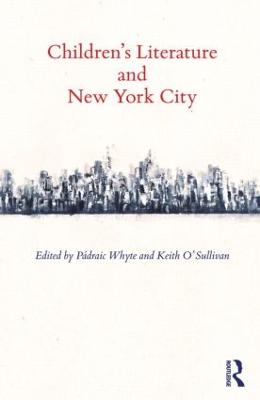 This collection explores the significance of New York City in children's literature, stressing literary, political, and societal influences on writing for young people from the twentieth century to the present day. Contextualized in light of contemporary critical and cultural theory, the chapters examine the varying ways in which children's literature has engaged with New York City as a city space, both in terms of (urban) realism and as an 'idea', such as the fantasy of the city as a place of opportunity, or other associations. The collection visits not only dominant themes, motifs, and tropes, but also the different narrative methods employed to tell readers about the history, function, physical structure, and conceptualization of New York City, acknowledging the shared or symbiotic relationship between literature and the city: just as literature can give imaginative 'reality' to the city, the city has the potential to shape the literary text. This book critically engages with most of the major forms and genres for children/young adults that dialogue with New York City, and considers such authors as Margaret Wise Brown, Felice Holman, E. L. Konigsburg, Maurice Sendak, J. D. Salinger, John Donovan, Shaun Tan, Elizabeth Enright, and Patti Smith.

A Preview for this title is currently not available.
More Books By Padraic Whyte
View All