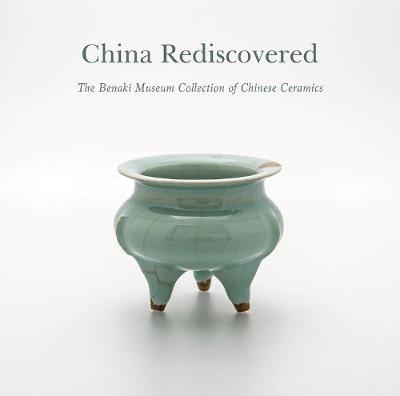 This richly illustrated book showcases a previously unseen and virtually unknown historical collection of Chinese ceramics, formed in the early twentieth century by George Eumorfopoulos, a pivotal figure in the appreciation of Asian art. Taken together, these artifacts, now located at the Benaki Museum in Athens, Greece, build a rare time capsule of Western tastes and preoccupations with the East in the decades prior to World War II.

The years between the collapse of the Qing dynasty in 1911 and the establishment of the People's Republic of China in 1949 marked an opening up of China to the rest of the world and coincided with the first archaeological excavations of the country's early cultures. Working at the time in London, a center of imperialist power and global finance, Eumorfopoulos and his colleagues were instrumental in acquiring, assessing, interpreting, and manipulating the unearthed objects. The years of isolation that followed this period allowed aspects of his approach to become canonical, influencing later scholarly research on Chinese material culture.

This groundbreaking exploration of approximately one hundred artifacts is not only an important account of Eumorfopoulos's work, but also a story about China and the West-and the role of these antique materials in their cultural interplay.

A Preview for this title is currently not available.
More Books By George Manginis
View All