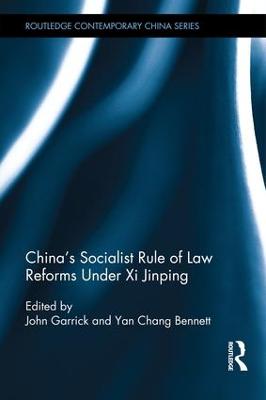 Under the direction of the Communist Party of China (CPC), key legal challenges have been identified which will shape the modernization of China's legal and administrative institutions. An increasingly complex set of legal actors now seek to influence this development, including securities regulators, bankers, accountants, lawyers, local-level mediators and some of China's newly rich. Whilst the rising middle class wants to voice its interests and concerns, the CPC strives to maintain its leading role.

This book provides a critical appraisal of China's deepening socialist rule of law and looks ahead to the implications of the domestic reforms for the international legal domain. With contributions from leading Chinese law specialists, it draws on specific illustrations from judicial reform, constitutional law, procedural law, anti-corruption, property law and urban development, socio-economic dispute resolution and Chinese macro-economics. The book questions how China's domestic law reforms will impact international legal systems, and how international law can be used in managing key regional and bilateral relationships and in dispute resolution, such as in the South China Sea and international trade.

Assessing the state and direction of domestic law reform and including debates around the legal implications of some of China's most pressing foreign policy challenges today, this volume will be of huge interest to students, scholars and practitioners with an interest in Asia law, Chinese law, international law, comparative law and law reform. 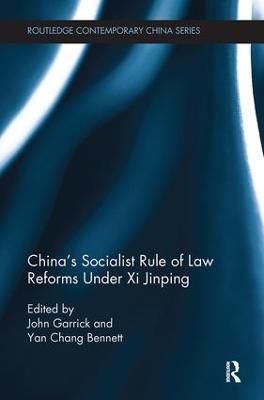 A Preview for this title is currently not available.
More Books By John Garrick
View All