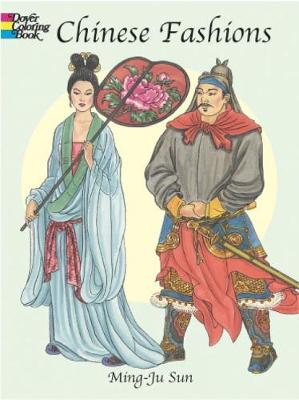 Over 1,000 years of Chinese fashions for men and women are featured in this exquisitely rendered colouring book - from a strapless, high-waisted dress with a transparent outer robe worn during the Tang Dynasty (A.D. 618-907) to an elegant, knee-length sheath trimmed with floral applique (late Republic period).Also included are ready-to-colour images of a Tang Dynasty official wearing a flowing robe and a hat denoting his rank as a civil servant; military men of the Song Dynasty (960-1279) attired in boots, tunics, and trousers and sporting sheathed swords; two actors from the Yuan Dynasty (1279-1368) in lavishly embroidered robes; a musician of the Ming Dynasty (1368-1644); a street vendor of the Ming Dynasty in a simple belted robe and trousers; young housemaids of the Qing Dynasty (1644-1911), wearing loose robes belted at the waist with colourful ties; a high official and his wife in elaborately embroidered robes and skirts of the Qing Dynasty; and two young women of the Republic period wearing delicately embroidered ankle-length skirts and loose-sleeved tops.Captions describe each garment in a collection that will delight colouring book fans and enthusiasts of East Asian cultures. 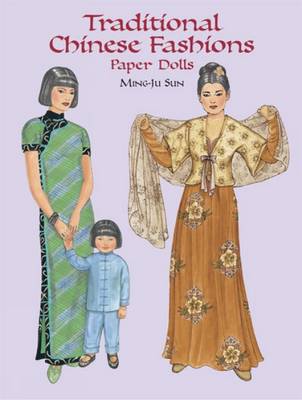