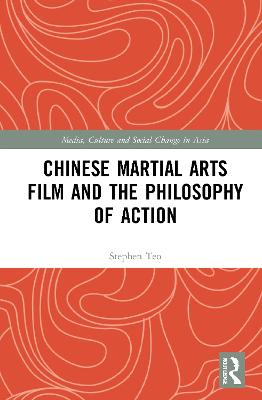 Chinese Martial Arts Film and the Philosophy of Action

This book focuses on the philosophy of Chinese martial arts film, arguing that philosophy provides a key to understanding the whole genre. It draws on Chinese philosophical ideas derived from, or based on, Confucianism, Daoism, Buddhism, and other schools of thought such as Mohism and Legalism, examines a cluster of recent Chinese martial arts films centering on the figure of the xia-the heroic protagonist, the Chinese equivalent of medieval Europe's knight-errant-and outlines the philosophical principles and themes undergirding the actions of xia and their narratives. Overall, the author argues that the genre, apart from being an action-oriented entertainment medium, is inherently moral and ethical.

A Preview for this title is currently not available.
More Books By Stephen Teo
View All